Skip to content
Are beauty dupes worth it? Cheaper could be better

Are beauty dupes worth it? Cheaper could be better

When you’re out and about shopping for makeup, it’s only natural to reach straight for the most loved brands out there – why wouldn’t you go for the shinier displays? We all know that the more $ you splash, the better the product is… right? Sometimes this is true, but we’re here to break the news to you that we’ve found out a lot of makeup dupes are actually on the same level, if not better, than their pricier pals. Don’t believe us? We have our receipts – check out the product of our hours of internet trawling below.

Hold up, what is a dupe?

Unsure what a dupe actually is? Before we jump ahead, let me explain. A dupe, to those of you who are uninitiated in makeup slang, is a ‘knock-off’ or a similar product to a more expensive, well-known product. The dupe of a product might feature:

Most brands won’t go as far as copying packaging to avoid being accused of being a dupe, or they may be an accidental dupe, but in all cases the products will produce a similar result.

So, let’s go ahead and look at the best beauty dupes – and whether it’s worth paying the extra dollars for your favourites.

The Urban Decay Naked Heat Palette is an absolute staple in most makeup bags. It has the most stunning warm tones which set the backdrop for any classic full-face look. The dupe in this instance is the NYX Professional Makeup Ultimate Shadow Palette in Warm Neutrals. A lot of the shades are similar, but the price tag is significantly lower and according to Google, you lovely lot have only scored it 0.1 lower than the Urban Decay alternative.

We absolutely love Huda Beauty, and Huda Kattan herself is an inspiration in the beauty community. Her Nude Eyeshadow Palette is one of the best on the markets, with innovative formulas which re-invent the nude eyeshadow game. Many people with a smaller budget have seen similarities in the drugstore brand W7’s Socialite Eyeshadow Palette. Both products average the same 4.5-star rating, despite the Huda Beauty palette being over $90 more expensive.

Kat Von D’s tattoo liner is iconic. It’s easy to apply, and as the name suggests, it doesn’t come off easily. One woman’s review of the product went viral after she was in a car crash, and claimed the liner didn’t falter through her experience – a crazy testimony. NYX’s Epic Ink Liner shows many similarities and only scores 0.2 lower than Kat Von D’s liner in Google reviews. There isn’t much of a price difference between these two, but it’s handy to know if you’re trying to reduce the monthly costs of your makeup addiction.

Too Faced Better Than Sex Mascara

Too Faced’s Better Than Sex Mascara is a hard one to beat. Like, super hard to beat – it was rated as the best selling mascara in the WORLD in 2020. And for good reason. It lasts longer, thickens, strengthens and curls lashes – and is all out just better than other mascaras. Tough competition. But some have decided that the CoverGirl Exhibitionist Mascara in Very Black is a good competitor. It retails with a lower price tag and average reviews are similar – might be worth a try.

Tacha’s Silk Canvas Protective Primer is an absolute dream to apply, we can’t deny that. It contains pressed silk and does an amazing job of looking after your skin and sealing the look of your makeup to eliminate smudging and keep it looking fresh all day. We love a multi-tasker. The price tag is kind of eye-watering though on top of all your other beauty essentials. People have hailed the e.l.f Poreless Putty Primer as a close alternative, and although its reviews average a little lower than Tatcha’s primer, it’s something that is worth trying.

A post shared by e.l.f. Cosmetics and Skincare (@elfcosmetics)

The IT Cosmetics Brow Power Micro pencil is a really versatile makeup bag addition. You can use it on thick or thin brows and produces a super detailed, feathery, natural-looking effect How can you beat that? Sometimes, a lower price is everything, and many have claimed that the Maybelline dupe is just as good. We hate to agree, but the Google reviews speak for themselves.

It couldn’t be another Maybelline dupe, could it? Sorry, but it is. The FENTY Gloss Bomb Lip Luminizer is to die for. We adore it. It’s super pigmented and oh-so-shiny, giving a moisturised look to any lip. FENTY is also 100% cruelty-free which is super refreshing to see. Although we can’t say much bad about the Lip Luminizer, it’s another product that has a hefty price tag. The Maybelline Lifter Gloss has some stunning look-alike shades and provides great coverage, making a suitable alternative in a pinch.

Could you save money by switching to dupes?

Sometimes, top of the range makeup is worth the money – and let’s face it, we all deserve a treat every now and then. But if you need to save money whilst continuing to look like your unapologetically glam self, makeup dupes could be the way forward. And who knows, you might end up loving them more than the originals.

Of course, all makeup products work best when you know how to use them, and when the applier has a wealth of knowledge about beauty. Have you considered taking a beauty course to get to grips with the areas that don’t involve makeup? 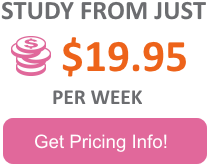 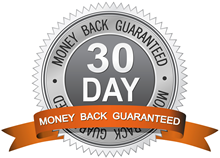